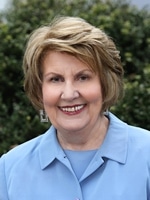 Rev. Elizabeth Barca is a licensed Unity teacher and ordained interfaith minister. Elizabeth started her Unity journey at Unity of Montclair in June 1989.

Elizabeth was invited by a friend to attend Unity shortly after her first of many trips to Sai Baba’s Ashram in India. The call was a life-changing experience. Her love and passion for Unity’s teachings are evident in her commitment to bring transformation to all those she serves.

Elizabeth studied at Unity Worldwide Spiritual Institute in Lee’s Summit, Missouri, and is now a credentialed licensed Unity teacher and spiritual leader. She is now the spiritual leader at Unity of Morris County and provides inspiring Sunday services with deeply touching meditations. Elizabeth will offer spiritual education classes at our Unity center and provide pastoral care for those who request prayer and ministerial support.

Elizabeth has served in every possible way in Unity, from her very first volunteer role welcoming each one who entered the Sunday Service to board president and everything in between, including being the chair of Montclair Unity’s 70th Anniversary Gala Dinner Dance.

Elizabeth has been described by her minister as “a powerful leader and one who has trained people, preached to people, prayed with people (as a prayer chaplain), inspired people, befriended people, challenged people, welcomed people, and loved people.”

Prior to Elizabeth’s becoming a credentialed Unity spiritual leader, she spent 20 years of her professional life in the area of grief and loss. Elizabeth served as the Director of Divorced and Widowed Ministry for the Catholic Archdiocese of Newark, New Jersey.

Additionally, she was the founder and executive director of RAINBOWS in New Jersey, a grief support program for children and teens who had experienced major loss in their lives through death, separation, divorce or abandonment. The organization grew to serve more than 4,000 grieving children annually throughout New Jersey, free of charge, as they healed their hurting hearts and were given back their childhood.

Elizabeth spent 13 years in graduate admissions at Felician University while she received a B.A. in Marketing and Management and took graduate courses in counseling psychology. Elizabeth attended One Spirit Interfaith Seminary in New York and became an ordained interfaith minister in June 2014.

Elizabeth was born in New York and grew up in Ireland. She raised her five children in West Orange and West Caldwell, and now makes her home in Freehold, New Jersey. Elizabeth’s family includes her grown children, their spouses, and fifteen grandchildren.